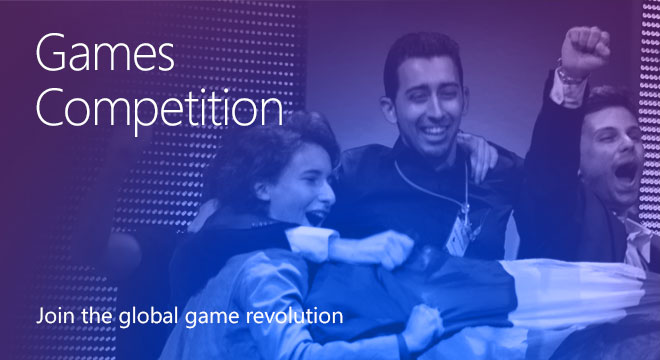 Join the global game revolution. Today, great games come from anywhere and people play them everywhere. On their phones, on their computers, on their tablets, in their browser, with their friends, with anyone, with everyone. Powerful game engines and libraries are available for free so students can get started right away. There’s really never been a better time to make the next great game.

We’ve seen amazing games come out of nowhere in the last few years. Many of them have been made by students around the world. Have you got an idea? Then get a team, make a plan, and make it happen!

Launched in 2004, PAX has grown from a fan festival for gamer webcomic Penny Arcade into three events on two continents: the world’s premier celebrations of all things gaming. Imagine Cup will bring the winning student team from our Games category to PAX Prime in Seattle over the last weekend of August, 2014. They’ll spend all four days at the festival demoing their game to PAX Prime attendees, gaining unbeatable exposure and hands-on feedback from the most dedicated gamers in the world.

But their experience starts even sooner: this student team will also attend PAX Dev, the two-day game developer conference in Seattle that takes place immediately before the start of the PAX Prime. At this industry-only conference featuring many of the industry’s finest game designers, programmers, and artists, the team will attend learning sessions and meet their peers from around the world.